Chasseur cast-iron casseroles and cast-iron cookware are manufactured according to a very old process, which consists of two main phases: the casting of the cast-iron item, followed by enamelling, which gives the products their beautiful solid or shaded colours. At Chasseur, this phase is still completed by hand to this day, in the traditional way. 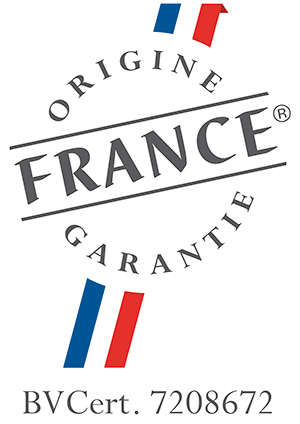 “Guaranteed Made in France” certified


The Chasseur brand has obtained the “Guaranteed Made in France” [“Origine France Garantie”] label: the only certification that guarantees that a product has been made in France.

Unlike other labels such as “Made in France”, or “produced” or “manufactured” in France, which are declarative and can be used without prior authorisation, the “Guaranteed Made in France” certification is granted following an audit of the production sites by an independent body 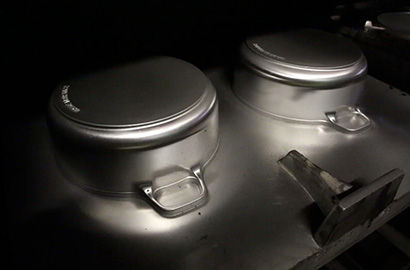 The manufacture of a Chasseur product begins with the creation of aluminium model plates.

The molten cast iron is poured into single sand moulds, created from model plates, and destroyed after use. 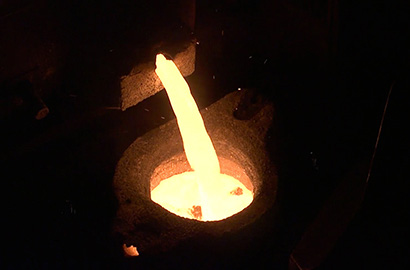 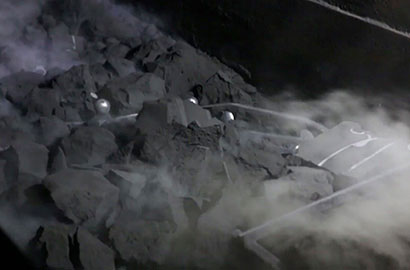 The pieces are then separated from the casting apparatus: this is known as the shakeout phase.

Then comes sand removal, which involves removing lany any trace of sand originating from the mould. 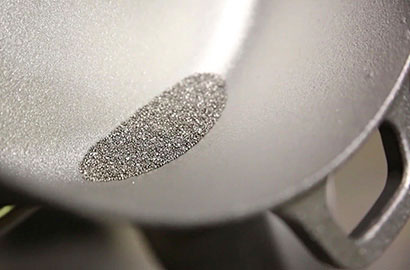 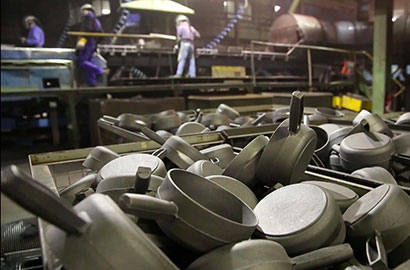 The manufacturing process ends with grinding, which eliminates any trace of lumps or bumps

The first phase is complete. Following rigorous quality control, the items are finally ready for the enamelling phase, where they will be given their beautiful colours. 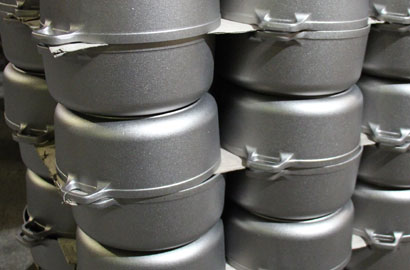 
During enamelling, the raw product from the foundry passes through a blast chamber in order to prepare it for enamelling. The inner and outer surfaces are then enamelled in 2 or 3 layers, depending on the colour, and are then vitrified by being fired at a temperature of approximately 800°C. 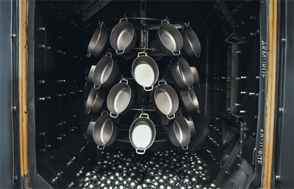 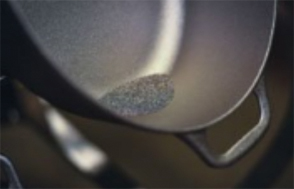 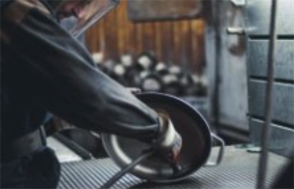 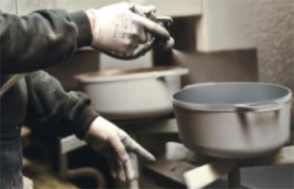 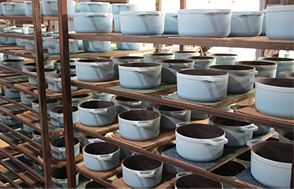 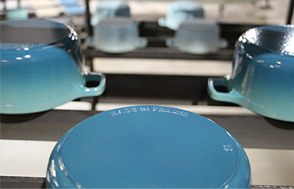